“The greatest effort is not concerned with the results.” Buddhist Master Atisha – Goal Setting 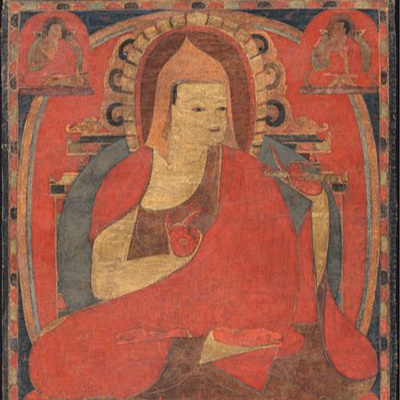 “The greatest effort is not concerned with the results.” Buddhist Master Atisha – Goal Setting

How do you know when hard work is worth it?

Students are always being told to do their best and that there is intrinsic value to putting in a hard day of work, regardless of whether they achieve what they set out to do. Students are also expected to achieve results from their work. After all, there seems to be little value in working so hard if goals aren’t met in the end. All students must balance these conflicting expectations throughout their lives and figure out their own way to define the value of their efforts.

Join Steve and Dan Fouts for a conversation about education using the Teach Different 3-Step conversation method. Make sure you go to teachdifferent.com to learn more, and check out our library of conversation plans, where we’ve compiled dozens of quotes, each with their own claim, counterclaim, and essential question.

Hey everybody, Steve and Dan Fouts here. We are teaching different with Buddhist master teacher Atisha with a quote about goal setting. Here’s the quote, “The greatest effort is not concerned with the results.”  Setting goals is an expectation placed on students and young people as they’re growing up. As adults we feel it’s our responsibility to shift their tendencies from instant gratification to thinking of the future and setting goals for themselves and their lives. If we don’t put it out there for them to think about, then they’re probably not going to think about it on their own. This quote is talking about internal motivations, where those come from for people who set goals, and what students should be concerned about when setting goals. What claim is this quote making? “The greatest effort is not concerned with the results.”

I think what this is getting at is that it’s about the hard work you put into things that is most valuable. It’s not about what you achieve, or the results, but your input. The input is what’s important. I’m thinking about how to push this conversation forward with students. You can ask them to share a story about when they worked really hard for something, but it didn’t work out the way they wanted. Maybe they studied for an exam, and they didn’t get the score they wanted, or they tried out for a team and didn’t make the cut. Parents may sit them down and say, the important thing was that you tried, and you put effort into something. That’s the most important thing. You didn’t make the team, or you didn’t get the grade you wanted, but you should feel proud of yourself. I think that’s a message that students get a lot, and would be able to share some interesting stories about when they received that message.

Yeah, it’s the process. That’s important. I think some students may view that type of advice as just trying to make them feel good about themselves, because they didn’t accomplish what they wanted to. But, there’s some wisdom in that advice. It was the trying that was important, not the end goal.

I’m reminded of something that Michael Jordan said when someone asked him, how were you able to take that final shot and have so much success winning games. He looked the reporter dead in the eye and said, because they’ve failed thousands of times. The hard work that he put into it was what was most important. The results don’t always pan out, but the work mattered.

Right. Even when you don’t accomplish something, you don’t regret putting in the hard work and having done the most you could to accomplish it. I think this quote provides inspiration for anybody.

Let’s come up with a counterclaim to this. What’s the best angle to take to refute a quote like this?

What’s the purpose of doing all of this work if you don’t achieve something in the end? If you don’t achieve your goal, doesn’t that make your work less meaningful? We should care about our results. I think the easiest way to say the counterclaim is that the work is important, but you have to get something out of it.

Back to your Michael Jordan example. He was all about winning. I’d be interested to see what he would think about this quote, because if he never won any championships, would he be complimenting himself and the team for their hard work?  It’s a fair question. I think you’re right in that the counterclaim is that you need to keep your eye on the prize, and sometimes you need to prioritize where your hard work is going. If things aren’t working out, the greatest effort isn’t going to do you any good. Maybe you should be shifting your efforts in another direction to be more successful. This is where I think it’s good to go back to the students to keep the conversation going. Ask them about some instances where they’ve put in a lot of work, but didn’t achieve what they wanted, and how they look at themselves. Do they feel like they wasted time? Have you ever felt like you’ve wasted your time working hard for something? Maybe you got some bad advice from someone who said you should be doing this instead of this. You look at your efforts as lost time that you can’t get back.

If they say they wasted their time, then clearly they would agree with the counterclaim. The results were most important to them.

Right. Think of studying for a test that you bomb. If you really work hard at studying, then there’s nothing more frustrating. To work hard at something, the greatest effort, and then you don’t do well on the test. What do you have after that? You have a bad grade that you have to make up. You have a kick to your confidence.

Right, which makes you more reluctant to set goals in the future or not put in as much effort. You are defeatist about the whole thing. This is really psychological.

Definitely. I think the conversation could be really interesting with the students sharing their experiences with accomplishing or not accomplishing goals, and how they reflected on the hard work they invested. Was the effort worth it?

Here’s an essential question you can use to close down the conversation. How do you know when hard work is worth it? I would love to hear some responses from students on this question. Their answer is going to determine how they prioritize their energies, and what it is that they’re thinking about on a daily basis. Their answer may even affect the type of career that they choose.

It will affect how they set goals throughout their life. When you set goals that are achievable, do you set them higher than maybe you should? There are so many spin-offs of this question. How do I know when the hard work is really worth it?

We hope you enjoyed Buddhist master teacher Atisha this week. We hope you are walking away feeling energized by some great ideas, and are confident that conversations like this are possible. With a little bit of planning and a 3-step method. Make sure you go to teachdifferent.com to learn more. Check out our library of conversation starters where we’ve compiled dozens of quotes, each with their own claim, counterclaim, and essential question. Good luck. And don’t forget to teach different with conversations and make a difference every day. Take care, everybody. We will see you soon.