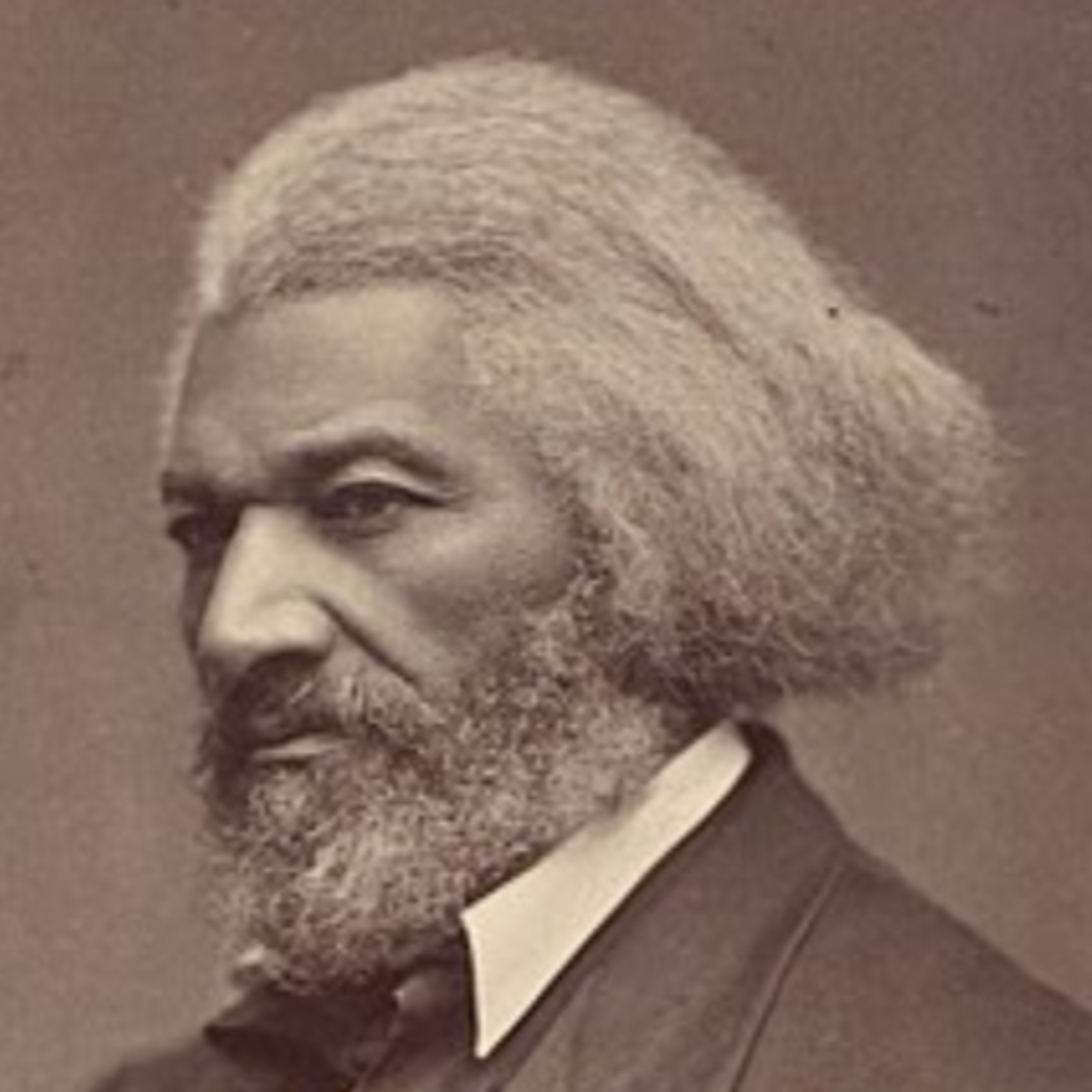 Can people learn no matter how old they are?

While it is true that education is valuable to all of us at any age, it is also true that our energies and resources are limited and must be used wisely if we want to change the world into something better. Some say that children should be the focus because their minds are more easily shaped and influenced; others suggest that adults, who are actually in positions of power and influence, should take a front-and-center importance in our efforts to change minds and improve the world.

Whether you are a teacher, school leader, or simply someone interested in experiencing the joy and fulfillment of challenging kids with big ideas, join our worldwide Community of Educators FREE for 30 days. Membership includes access to our robust library of resources, conversation plans, and lively discussions among teachers and faculty.

We’re teaching different with abolitionist Frederick Douglass with a quote about education. “It’s easier to build strong children than to repair broken men.” Frederick Douglass lived in a time when African Americans weren’t receiving much education. He was one of the minority who actually received training and education and was a great orator. He came to really appreciate education, and its power to transform society. He went through a lot of frustrations about trying to accomplish this in a very segregated and racist society. I think this quote reflects his feelings at the time, and captures the theme of education. If you can teach the young, that will get you farther than teaching the old. What is the claim that he’s making?

The claim is about where you want to invest your time. If you want to change the world through education, you only have so much energy and resources. He’s clearly saying that you should focus on the children. Presumably children are more adaptable and flexible, with less baggage. There’s more of a possibility and potential for them to understand things in a way that’s not discriminatory or racist. Build strong kids rather than focusing your attention on adults who have already learned their lessons. As the saying goes, you can’t teach an old dog new tricks.

Get to the young early. I’m thinking about how the students will react to this quote. Adolescents have to follow rules in their families and in school. They have a variety of adults influencing their lives. Some adults have empathy for them and understand what they’re going through, but others don’t seem to care much about learning and might harbor some prejudices. They might be hard to talk to because they’re set in their ways. Maybe a question you could ask to get the conversation going is, does anybody have someone in their family who they get frustrated with at times, because it seems like they stopped wanting to learn?

You have to be careful with this question, because you don’t want them sharing some of the things their parents might be telling them. That might be embarrassing. I think a general question like, what are some things that your parents or authority figures are rigid about? They’re not flexible and don’t want to learn anymore. This is the law. I think they’ll definitely be able to draw upon some examples. Conversely, you might ask, what are some things that you think are easier for you to learn because you’re young? They’re probably going to talk about technology, and how it’s very easy for them to learn technology, as opposed to older people. Language is another example of something that is easier for kids to pick up.

Right. A question just came to me that you could ask just to get a reaction, why do you think we ask you to go to school from the time you’re four years old until you’re 18? Why don’t we just let you live at home to do whatever you want and start you in school after you’re 18? Maybe when you’re older and more mature you’ll be more capable of learning? Why do we have people start school when they’re young?

So, your idea is that we educate them when they’re young, because they’re better able to learn new things, and they have more potential? Is that what you’re saying?

Yeah. I’m interested to see what they would say. How they would process that. Would they agree that when they’re young you can tell them anything, and they’ll believe it, or will some of them say they don’t believe anything, only their own things, and want to go to school later? I’d like to see them raise the consciousness of what society has decided to put upon them.

Douglas is pretty hard on older people. He thinks we shouldn’t invest our time and energy in adults, because adults have rigid ideas about things, and don’t have the capacity to change their opinions. So, you’re really wasting your time with them. A counterclaim is you’re never too old to learn new things. You’re never too old to change your ways. Maybe the approach has to be different, but adults can learn new things. Maybe he’s not giving enough credit to adults.

I am with you. The word broken deserves a little bit of attention. What did he mean when he said broken men? I think knowing the historical context of Frederick Douglass is helpful. He’s really talking to adults who have prejudices and don’t want justice in society or don’t want to fight for things that are right, broken people. Older people can learn is a definite counterclaim, but think of it more like convince. If you’re realistically trying to change the world, then educating the young is important. I see Frederick Douglass’ point. But, the bottom line is that adults are the ones with the wisdom and experience. They have the money and power, so maybe you should be spending your time convincing adults. Yes, build the children, but how do you convince adults to see your way? You can say anything to a child, and they’ll believe you, but how do you persuade adults? I think that deserves some attention, too.

Yeah, and you could ask the kids, how do you convince adults who you think are rigid? What are your techniques? Now, you don’t want them to think of them as broken men or broken women, but they’ll get the idea here. How do you go about changing rigid people’s minds? I think that’s an interesting discussion, because kids are going to understand that to improve the world you’re going to have to convince the people who are in power to do certain things in order to create change. It’s not all about the children. You’re going to have to become good at that.

Yeah, I agree. This could be a fruitful discussion. I think the students will have a lot to say, because they really are the children that he’s referring to in this quote. That’s where his priorities lie in providing the opportunities for youth to learn. I hope they’ll appreciate Frederick Douglass because of that. There’s also a really good counterclaim, that you can’t give up on the adults.

I would hope that out of this conversation, they’d realize that everybody needs to change in order for society to change. Everybody has to participate.

You need a full court press. Here’s an essential question we could ask to wrap up the conversation, what’s the best way to improve the world? It’s going to depend on the age of the students, but this is really a social justice question, maybe a reform question. How do you approach the things in the world that you don’t agree with, that you think should be improved? Where do you put your priorities? Do you go to the youth? Do you educate them? Do you try to work with the systems, structures, and institutions that we have in society to make things better?

Maybe the simple way to say it is, do you work with new ideas from the young, or do you work with old ideas of the adults? How do you prioritize those things? You can’t do one or the other. It has to be a blend. That is going to be a really important theme to consider here.

Yeah. You want to see if they see it that way, if there has to be a blend. I really like the question.

I hope you enjoyed Frederick Douglass this week. We’ll have another conversation next week. Make sure you visit our Conversation Library where we have many conversations like this, each with a different quote and a sample claim, counterclaim, and an essential question to get you started.

That’s it for this week. We will talk to you soon. Take care.