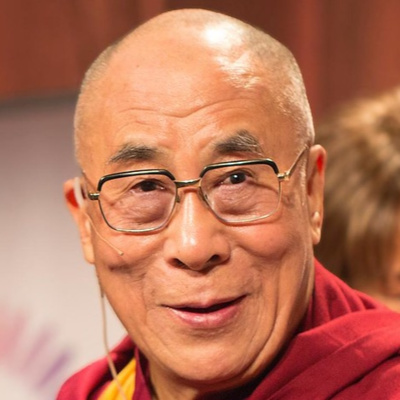 Should you ever use anger to solve problems?

Students must learn how to solve all kinds of problems. Some problems are academic; others are emotional. Perhaps the hardest problems involve communication and the navigation of complex human relationships. What makes these types of problems even more difficult is that anger often intervenes. Anger is a wild variable that can either diminish or enhance the capacity to find creative solutions.

Join Steve and Dan Fouts for a conversation about anger using the Teach Different 3-Step conversation method. Make sure you go to teachdifferent.com to learn more, and check out our library of conversation plans, where we’ve compiled dozens of quotes, each with their own claim, counterclaim, and essential question.

Hey everybody, Steve and Dan Fouts here. We are teaching different with the Dalai Lama with a quote about anger. “Anger never helps solve a problem.” Problem is an interesting word in the sense that there are many different types of problems. I wonder if the Dalai Lama is referring to a certain type for this quote. The students have definitely experienced anger and have struggled with problems, just like we all do. We should be able to get a really good conversation going about this quote. What would you say the claim is?

The first thing that comes to mind, when I read this quote, is that when you’re angry you don’t think straight. You have a hard time processing information, because your emotions overcome your capacity to reason.

The problem that you’ve defined is one, that presumably, we can solve cognitively. That may or may not be true for all problems. But, I agree with you that this is the claim that he’s making. There’s something about anger that makes it impossible to solve a problem. I think most people would acknowledge that. Thinking your way through and being smart about things is the way to solve problems. Maybe you realize that the problem you thought you had is really not a problem. You can gain perspective on it. What would you say to the kids?

Actually, I was going to go there.  It would be interesting to have the kids share stories about when they were angry, and it made them unable to think clearly about a problem that they were having. Any student is going to have a story where they just lost it, and realized that what they wanted to accomplish was impossible because they let their emotions get the best of them.

Yeah, we’ve all gotten angry in situations and ended up regretting it to some extent. I think you’re right that they will have some stories to share. It will also reveal what types of problems make us lose our temper, lose our control, and get angry. That’ll come out in the stories that they share. Let’s push back against this quote and come up with a counterclaim. What would you say the best counterclaim is?

It seems like the quote is putting a negative spin on anger. To move into the counterclaim, you might want to think about anger as a positive thing, something that can motivate you to solve a problem. Here’s one good example that the kids could weigh in on. Have you ever had an intellectual problem that you were trying to solve for school and you got frustrated and angry, but instead of making you less inclined to solve it, it actually motivated you to solve the problem? Your anger got you to think creatively, because you were so darn frustrated, that in a weird way, anger made you smarter.

Well, I think of it as the seed of perseverance. In order to overcome something, you have to get angry, maybe a little bit, either at yourself or the problem itself. Again, I think asking the students to share a story about when they got angry about not being able to solve something, and they ended up solving it. You might bring out some of the perfectionists in the crowd who get frustrated and angry sometimes when they’re not able to solve things. They can’t stay in that ambiguous state without some type of closure, but they get angry until they figure it out.

You might have students talk about how they got angry, and then they started to solve it.

Right. I think that’s a completely valid counterclaim to this. I guess it would matter as to what type of anger we’re talking about. You can experience anger that is more controlled than some other types of anger. It’s going to be the problem that’s going to be the context for the students to react differently. Should you ever use anger to solve problems? An answer to that question will give students an opportunity to really define how they feel about anger as an emotion, and how it can be used to either help out a situation or make a situation worse.

I like that it starts with should. It’s asking students to become self-aware about their use of anger to solve problems. It’s an ethical issue.

Absolutely. Ethics naturally comes out with quotes like this that deal with anger and emotional limits. They push you when you get confronted with challenging situations.

We hope you enjoyed the Dalai Lama this week. We hope you are walking away feeling energized by some great ideas, and are confident that conversations like this are possible. With a little bit of planning and a 3-step method. Make sure you go to teachdifferent.com to learn more. Check out our library of conversation starters where we’ve compiled dozens of quotes, each with their own claim, counterclaim, and essential question. Good luck. And don’t forget to teach different with conversations and make a difference every day. Take care, everybody. We will see you soon.

Thanks so much for joining us. We will see you soon.